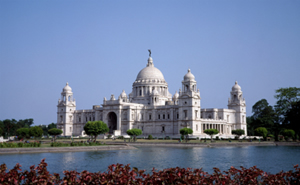 The capital of West Bengal, Kolkata was previously called Calcutta. It is also the cultural capital of India and the people of Kolkata are known to be very friendly.
The city is situated on the eastern banks of Hoogly River and you can gasp at the massive Howrah Bridge over the river. Kolkata is the birthplace and a home for many famous scholars, littérateurs and a few Nobel laureates of India.

How to Get There

There are direct International flights to Kolkata. For connectivity within India there a number of domestic air services. It has two major train stations; Howrah and Sealdah. Local trains depart from Howrah and for outstation trains you can go to Sealdah Station.

To have an economical holiday you can choose from a wide range of budget hotels. Hotel Astoria, Hotel Lindsay, Yatrinivas, Hotel Broadway could be to choose from. You can even try YMCA, which offers transit stop over accommodation. It’s budget-friendly yet offers cozy place to stay at the heart of the city. Top-end hotels include, Fairlawn Hotel, Hotel Lytton. Hotel Oberoi Grand, Taj Bengal and Hyatt Regency and these are classy.

The Botanical Gardens possesses a Banyan tree, which is over 200 year old. St Paul’s Cathedral, Indian Museum, Howrah Bridge are places to see and the Victoria Memorial reminds you of the British rule and the resistance offered by India. The Kali Temple is very old and was built in the 18th century. You can go boating along the Hooghly River to the Belur Math which has the Rama Krishna Ashram. The Birla Mandir is another architectural marvel that’ll leave you gasping and so is the Jain Temple near the Shyam Bazar. Metro rail transport connects conveniently various parts of the city.

The Blue Sky café serves snacks and tea. If you would like to have Indian or Chinese cuisine Gupta’s and the Bar-B-Q are the places to go. Nizam’s is also a famous food outlet. Chung Wah offers tasty Chinese food. For sweets you can try K.C Das and Indian Coffee House to have some snacks.

Paris Bar and restaurant has true nightclub environment or check out the Tantra at the Park Hotel to dance all night. Also the Incognito at Taj Bengal attracts the youth of Kolkata. Rabindra Sadan organizes dramas. For dance performances, music and drama in English Kala Mandir is the right place to be. If you are coming with kids make sure you visit the Nicco amusement Park.

The right to visit Kolkata is October- March. The summer season is very hot and sultry and you cannot step out during the rains.

Sunderbans Wildlife Sanctuary is must visit if you’re a wildlife lover and you maybe lucky enough to spot a tiger. You can plan to visit the Shantiniketan University as well (but both of these advance booking is a must). If you are on long holiday you can reach a hill station Darjeeling in a night’s journey.